THIRTY ROUNDS OF THE WORLD TOGETHER AT RAVENNA RUNNERS CLUB 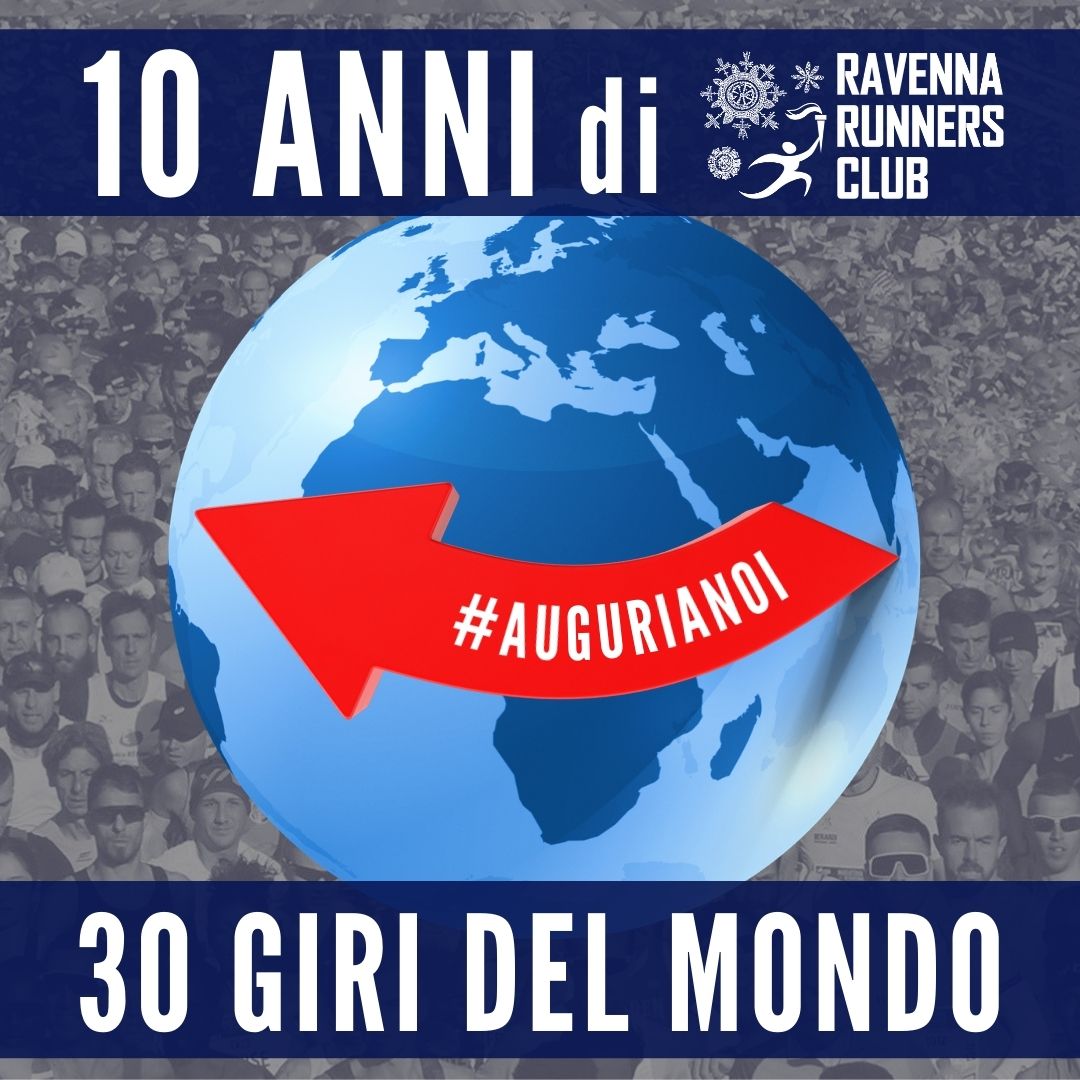 Ten years of activity, ten years of emotions, ten years of events, ten years of ideas and commitment. Ravenna Runners Club celebrates just these days the 10th anniversary of its foundation, which took place on 14 February 2011. Ten years of big numbers, starting at  1.195.433  km that the company has made  runners from all over the world travel during its events. If we take into account that, according to official data, the maximum circumference of the Earth at the equator is 40,075 Km it can be said that you have traveled around the planet almost 30 times! A curiosity to smile, but that also photographs the road made in a decade by the company that, starting in small steps, has led the sports Ravenna to be known all over the world thanks to the Marathon.

On February 14, 2011, therefore, the Ravenna Runners Club Amateur Sports Association was officially founded, a reality that in just a couple of lustres has completed a growth path that has, in some ways, incredible. All this, the result of commitment, constancy and an increasingly contagious enthusiasm in every area of the Romagna area: “To think that our society – says Stefano Righini, President of RRC – has only ten years of life and how many initiatives, events, events have been carried out in this period of time is gives us a fantastic feeling, but we are also aware that the results obtained have been achieved only thanks to the contribution and enthusiasm ofa very long series of friends and volunteers that I could never name without doing wrong or forgetting someone. And then, fundamental support has always been given to us by public institutions and local administrations who have understood the goodness of the challenge that we were undertaking and that we are still carrying out today. The same applies to sponsors and also to law enforcement agencies, which are always collaborative and available. But most of all, I think of the whole city.” Yes, because the relationship with Ravenna has changed over the years: “Initially the city has endured the inconvenience caused by the Marathon, and today instead openly supports us. This, in the knowledge that the event, and all the side initiatives proposed during the year, contribute to growing the territory, feeding the tourist and economic aspect that revolves around the Marathon, from the hotel sector to the catering sector, without forgetting that of commerce. In short, it is nice – concludes Righini again – to see that we have grown together with the city, a city that we have proudly presented on the many occasions of promotion in which we have taken part in Italy and abroad. Promotion in which we will return to commit ourselves as soon as the health emergency allows us”.

And while all the RRC staff looks to the future with renewed momentum, the main dates of 2021 have already been set: Sunday 30 May, health emergency permitting, the novelty of Ravenna Music Run, Sunday 5 September the third edition of Ravenna Park Race, Sunday 26 September Pink RAnning to relaunch a signal against violence against women and finally the weekend from 12 to 14 November with the Ravenna Marathon City of Art and all the other initiatives of the great container.

The numbers collected in the first decade of activity by RRC deserve further study, focusing on the most significant ones. So, going into the statistics and calculations, it is incredible to find that since 2011 there have been 82.959  runners who participated in at least one ravenna runners club event, as well as 13.715 children involved in the Family Run and youth competitions, with  3.159 young people who tried their hand at the  10Km of Good Morning Ravenna. Remaining in the context of young people,  there were 1,402   those involved inthe organization, as well as 23 schools in the area that responded to RRC projects making the collaboration with the Provincial School Office one of the flagships not only of the Marathon, but also of the other side events. What about  dogs  from  Dogs & Run? As  many as 620 in these first editions, always accompanied by their masters.

Being a sports club, we also look at the 80 organized competitions and the 1,054 memberships, between federation and promotionbodies, in these ten years. A great international event such as the November Marathon, but also many more local races and all with a strong characterization. From Ravenna Park Race, with its naturist soul between pine forest and pialassa, to Ravenna Night Run in the heart of the city, from Sicurun, with all the police involved, to Color4Fun between color and laughter in the Dock. And then again Snap in the Head, Run in the Sea, Ravenna Running Tour and many others, not forgetting Ravenna Park Training with the return to outdoor motor activity after the lockdown of 2020 and the beautiful plogging day experience for waste collection.

What about the connection with the city and the whole of Romagna? It is best represented with the more than 7,500 volunteers who,  overthe years, have served in RRC events representing more than 50 associations, city committees and third sector companies  led in this list by The Podistica Alfonsine, a company always present at all initiatives. A list to which must be added the  58 bands that have performed in recent years on the marathon course.

An attention to the territory that has led to donate, in charity projects and support to projects, as much as 52.883 Euro, in addition to the free registrations granted to the earthquake victims of Emilia in2012 and the 17.127 Euro of donations  collected through the GoFundMe platform to support the Ravenna Hospital in the Covid-19 Emergency of 2020.

And from 2011 to today RRC has brought, as mentioned, the name of Ravenna around the world and throughout Italy participating in 132 promotion events in the context of sporting events and not only of which 83 in our country and 49 abroad, also touching China in 2015 and  Tallin in Estonia in  September 2018 where, on the occasion of the AIMS Congress, the mosaic medal made in the Annafietta laboratory obtained the second place in the appropriate world ranking. That same medal created, in different shapes and colors, in  31.486 pieces. And how to forget the Expo Marathon Village organized in the Public Gardens of Ravenna during marathon weekends?

The name of Ravenna has traveled all over the world, but the city has also welcomed citizens of a large part of the planet in its streets and squares. In fact, 72 nations were represented  at the various events, with all the continents present.

In short, many numbers, some of which are truly mind-blowing, for a society that is still young and that can look to the future with renewed enthusiasm, making precious use of the experiences already gained and the cross-party support of a whole community brought for example of resourcefulness and organization all over the world. 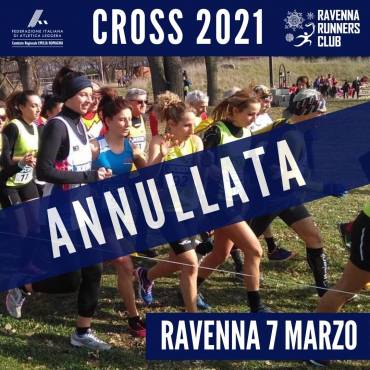 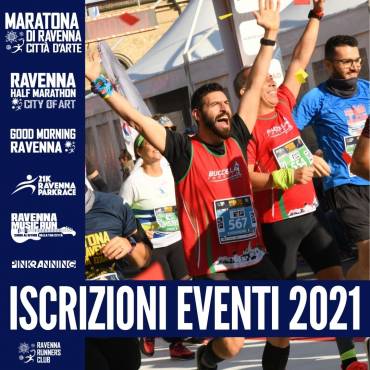 FROM MONDAY 1 MARCH REGISTRATION OPEN FOR THE 2021 EVENTS 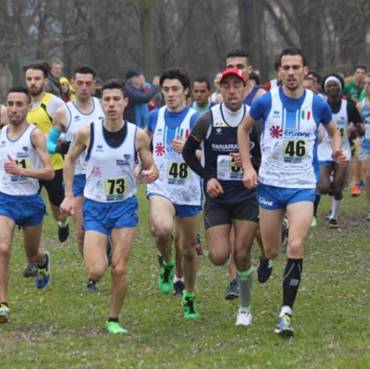