ART, HISTORY AND TRADITION IN THE NEW MEDAL OF HOKA RAVENNA MARATHON 2022 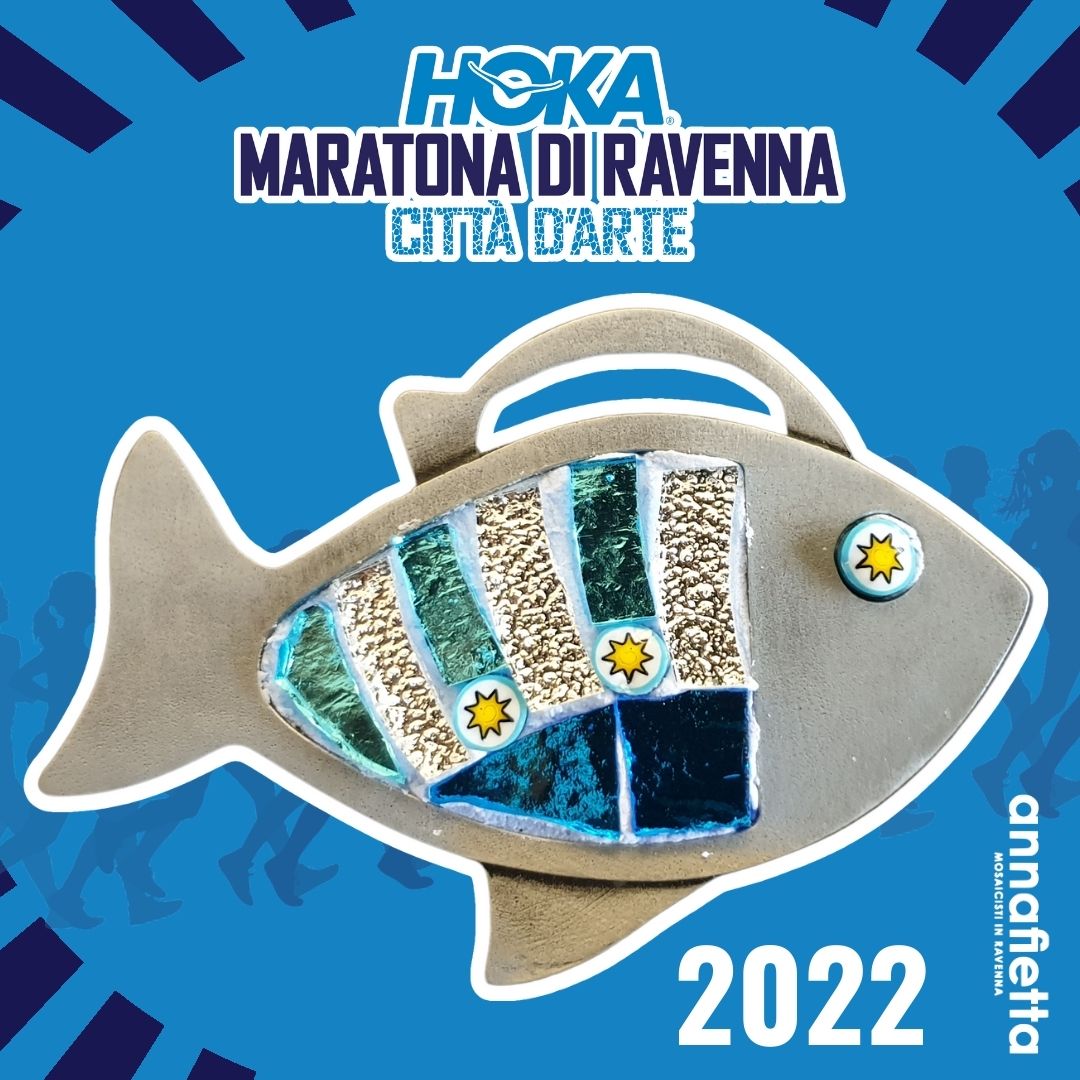 A medal that follows tradition but, at the same time, comes out of the classic schemes while maintaining a strong link with everything it represents and has represented from 2011 to today. The new medal of the Hoka Ravenna Marathon City of Art 2022 was officially presented during a public event, also offered in live streaming, at the Mercato Coperto in Ravenna. The eleventh medal signed by Annafietta keeps her cultural background solid and at the same time proposes a new theme that will certainly represent a sign of strong innovation.

During an appointment that recalled the recent history of the event, the origins and the works that have inspired the famous Ravenna medals since 2011, the veil was lifted on what has long been a modern symbol of the Byzantine mosaic and of the art, as well as the great event organized by Ravenna Runners Club. The wait and curiosity of the whole world of running and the city have been rewarded by a medal which, after the first series of ten jewels, partially shifts the focus on tradition and on the local territory.

The new jewel, assembled as always by hand in the Annafietta workshop a stone’s throw from the Basilica of S. Vitale, is characterized by a profile that tells two distinct and united stories at the same time. The profile of a fish, enriched in the central part by the beautiful and shiny mosaic tiles, will not only be the conclusion of the journey of the runners on the streets of Ravenna on November 13th, but already accompanies them on a path with a double meaning.

As always, the detail of one of the famous Byzantine mosaics that Unesco has declared a World Heritage Site is taken up. In this case, the inspiration comes from the wall mosaic of the Basilica of Sant’Apollinare Nuovo which depicts the Last Supper with two fish in good evidence, one of the most significant mosaics in the central nave, which opens the cycle of thirteen Christological scenes of the part right, where episodes of the passion and resurrection of Christ are reported. All images that can be traced back, like those on the left wall that show the powerful Lord in works and words, at the time of Theodoric.

The profile of the fish is not only linked to the inspiration of the wall mosaics, but also tells a lot about the territory which, in the second weekend of November, will host the great event of the Marathon. Ravenna City of Art, but also Ravenna City of the Sea. And here fish is also a fundamental element of Romagna with its beaches, its ports and a very long tradition that has never lost contact with the Adriatic Sea while also expanding its horizons inland. The province of Ravenna has always lived suspended between the countryside and the sea, capturing the best of both for its essence as points of reference for visitors, tourists and local inhabitants.

Also for 2022 the medal will be offered in three different denominations. The largest for the finishers of the 42.195 Km Marathon, a slightly smaller version will be the turn of the runners who will cross the finish line in the Half Marathon, finally the smaller version will be produced for the Good Morning Ravenna 10K. An evolution that started in 2011 when a few hundred medals were produced only for the 42 Km trial, continued in 2014 with the creation of a medal also for the participants in the 21 Km and finally matured with the third version for the Good Morning since 2015.

“This eleventh medal represents for our laboratory – explains Annafietta herself, author of all the last eleven medals of the Marathon – a strong, innovative and traditional symbol at the same time. After having been inspired for years by the early Christian mosaics that enrich the walls and ceilings of cultural sites and paying homage to Dante in the latest edition, we wanted to continue with a path that goes beyond the geometric shapes extrapolated from the mosaic decorations of the Byzantine tradition. Already with Dante’s profile we had started a new path with an anthropomorphic layout. This time we have chosen a zoomorphic form inspired by the sea that is linked to our city and which has led, in history, to Ravenna to become the capital thanks also to its port. Furthermore, fish is a much-cited element in mosaics, and the most famous quote is precisely that of the Last Supper in Sant’Apollinare Nuovo. Fish is art, but it is also Ravenna’s tradition, history and tales. The saraghina itself has been a symbol of our laboratory for years, so much so that, reiterating the maritime symbolism, we have just set up the exhibition “Running fishes – marine sparks” which celebrates the 2022 Marathon medal and reaffirms the link with the sea “.

“The 2022 medal, as has already happened in the past – says Stefano Righini, president of Ravenna Runners Club – will travel the world from today until next November and will still be ambassador and icon of our territory. I like to reiterate how Ravenna has always been the cradle of art, but also a city linked to the sea and this new work, in all its beauty and brilliance, I am sure will still be able to best represent the emotional strength of Byzantine mosaics and, with the same impact, our values ​​intertwined with marine tradition. I believe that the people of Ravenna can once again be proud of a jewel that will represent them in the world and that will tell our stories far beyond the Italian borders”.

“The events organized in our territory, first of all the Ravenna Marathon – explains Giacomo Costantini, Councilor of the Municipality of Ravenna for Sport and Tourism, who spoke at the presentation – represent an added value and visibility that goes beyond the days in which they take place . The territory lives on a daily basis thanks to the commitment of many sports clubs and the use of the many sports facilities that we can boast in the city. The Marathon medal is also a real symbol for the Ravenna Marathon, but also for the entire territory which finds in the symbiosis between art, culture and sport a further boost in its tourist and hospitality vocation “.

The full direct of the presentation is available on the Ravenna Marathon Youtube page at the link: https://youtu.be/A4BsBZQ2kE0 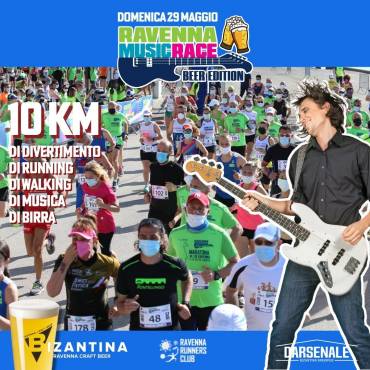 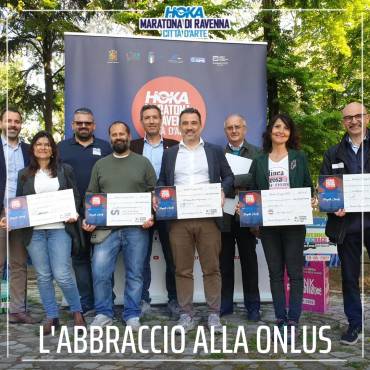 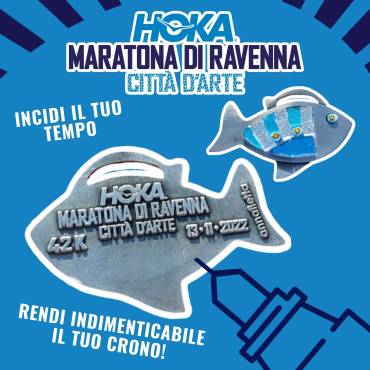